In this thesis, we have studied the role of two polyunsaturated fatty acids, arachidonic acid (AA) and docosahexaenoic acid (DHA), as well as the phospholipid bis(monoacylglycero)phosphate (BMP), on the infectivity of the parasite Leishmania infantum. We used two strains of this species, the MON-1 strain, viscerotropic and the MON-24 strain, dermotropic.

The objective of the first study was to assess the consequences of increased intake of AA or DHA on the infectivity of the Leishmania parasite and on its survival inside the macrophage. The promastigotes of the two strains were cultured in a control medium or a medium supplemented with AA or DHA. These supplementation conditions led, for both strains, to a specific fatty acid enrichment of the parasite’s lipids and to the production of oxygenated metabolites derived from AA and DHA, some of which are regulators of inflammation. The MON-1 and MON-24 promastigotes supplemented with AA, showed higher infection towards the host cells. DHA supplementation is associated to an increase in the infectivity of MON-24 but not of MON-1.

The second study focused on bis monoacylglycero)phosphate, a particular phospholipid located mainly in the late endosomes of the host cell. BMP has been implicated in the regulation of endosomal trafficking, the fusion of endosomal membranes and the transport of cholesterol. The objective of this study was to assess the role of BMP in the infection of the parasite. A model of supplementation with a precursor of BMP, dioleoylphosphatidylglycerol (DOPG) allowed to increase by two the amount of BMP in J774 macrophages. In BMP enriched macrophages, infectivity is increased for both strains, with a major effect on intramacrophagic survival.

In conclusion, our work confirms the role of lipid metabolism in host / parasite interactions. The AA and DHA fatty acids and their oxygenated derivatives in the parasite on the one hand, and the BMP in the host on the other hand, are indeed able to modulate the infectivity of the 2 strains of L. infantum. From all of our observations, it appears that the infectivity of the MON-24 strain is more sensitive to the lipid environment than the MON-1 strain, at least for the lipids studied in this work, which makes a good study model. 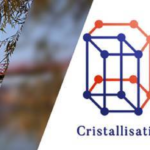